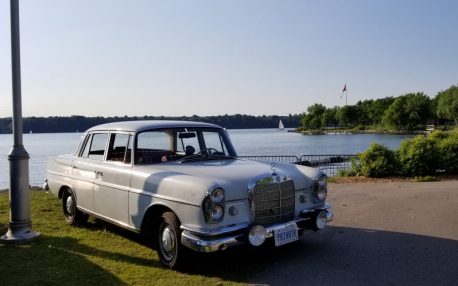 “The venue is a great little lakeside park offering a nice breeze, walking trails, and a kid’s play area, and would be well populated whether or not our cars were lined up for perusal.  “

Why We Do it

Last week we attended a local cruise night.  We’ve been excited to have the Fintail out as it is undoubtedly a rare sight for most.  A couple buddies and their kids came out too, they aren’t as deeply immersed in the car scene as we are but like many, share an affinity for the automobile.

In fact most of the audience at this cruise night could probably be described the same way.  Unlike most events where it really is just a bunch of gear heads looking at each other’s cars this event is very well attended by the general public.

The venue is a great little lakeside park offering a nice breeze, walking trails, and a kid’s play area, and would be well populated whether or not our cars were lined up for perusal. 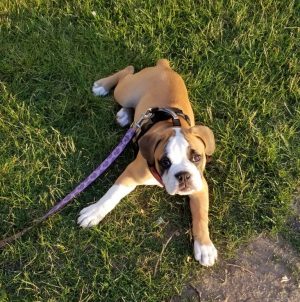 Strolling along the many lines of vehicles of all makes and models, it was interesting to overhear (okay, okay eavesdrop) the many conversations shared by this eclectic audience.  Of course nostalgia drove the bulk of the conversation, old stories from days long faded by the fog of time. Most were wistful, “My husband picked me up for our first date in a ‘58” or the “I could have bought one of these for $500 twenty years ago but…” or my favorite, a story about a young lad’s first driving experience in rural Ireland – rushing his mother, in the late stages of labour, to the hospital.

Of course some stories were more believable than others – you know the ones, standard fare for any automobile gathering – unbelievable horsepower claims, unlikely barnfinds, or “My buddy had one with factory one off, experimental heads that somehow slipped out to the dealership” – yeah sure he did LOL.

The Cars or The People?

Among the many stories were perhaps even more questions (often whispered) and many answers in the form of shrugged shoulders, shaking heads, and looks of uncertainty.  Heck I had a lot of questions of my own, and often scanned the nearby attendees hoping to catch the attention of the car’s owner, usually to no avail.

It was at that point I realized, while indeed I’m there to enjoy the show, I should probably be around the Fintail, to perhaps answer some of the whispered questions that I’m certain my own car must have fielded.

Before I made my way back however I spotted a rare gem, an old boxy Volvo.  I was intrigued by a few details including a novel way to mimic a vintage battery, and an incredibly clean engine bay.  To my surprise the owner noticing my interest from afar, made the trip back to his lovely car to shoot the breeze. 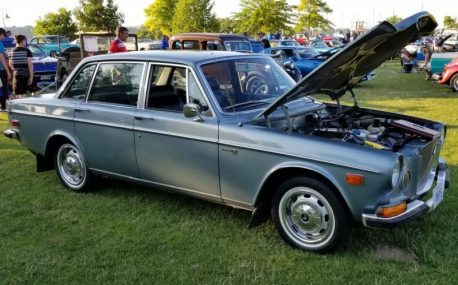 “Peter, with all the class in the world didn’t hesitate to throw our ‘young lad’ – someone he had met not more than 60 minutes earlier, the keys for a spin.“ 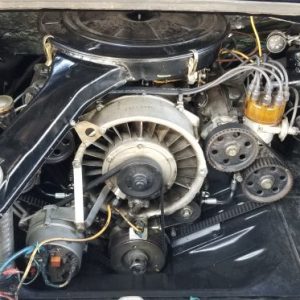 The owner, Peter, as it turns out is not only an incredibly talented fabricator, who will be lending his talents to the Finny,  but an enthusiastic owner, and an all around great guy. Remember the young Irish lad? Well the adult version (and his especially patient wife) spent the better part of an hour pouring over Peter’s Volvo which is as it happens, the spitting image of the Volvo he used to dash mom to the hospital.  He couldn’t hide the wave of emotion he felt, and you could see his wife’s deep understanding in her eyes, it really was quite touching. By this point of the evening the field of cars was thinning and Peter, with all the class in the world didn’t hesitate to throw our ‘young lad’ – someone he had met not more than 60 minutes earlier, the keys for a spin.  I’d bet good money our Irish friend went home and started shopping for boxy Volvo of his own.  And THAT is how the hobby carries on.  The car hobby thanks you Peter!

I won’t spoil too much about Peter’s Volvo not only because it will be featured here soon enough, but because, if you can’t tell this article isn’t about the cars, it’s about the people, and their stories!

Next week, I’m going to make an effort to spend more time at the car, answer some questions, hear some stories, and hopefully for the second week in a row, make a new friend.  I hope this inspires you to do the same!  Car shows – are they about the cars or the people?

Here is some more…